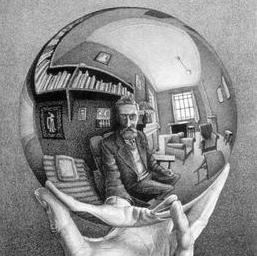 Edwin Henneken received his scientific training in the late 1980s at the Leiden Observatory in The Netherlands. There he wrote his Master’s thesis on the then novel numerical method “Smoothed Particle Hydrodynamics”. The main focus in this study was to test how well this method could deal with shocks. After that he did research in micro-meteorology on turbulent energy exchange over a melting ice sheet, in particular the Greenland ice sheet. This research, which was part of the Greenland Ice Margin Experiment (GIMEX), was done in the context of climate change and sea level rise. As part of this research he spent a month retrieving data, about 50 miles up the Greenland ice sheet, near Søndre Strømfjord, Western Greenland. Before joining the ADS team in October of 2002, Edwin worked outside academia for a number of years, among others to do DevOps for the Global Roaming service called Traveller for KPNQwest (formerly EUnet Traveller). At the ADS, besides working as IT Specialist, doing software development and managing daily operations of the ADS, he does scientometric research. He and Michael Kurtz have published papers on how the scholarly literature is used, about trends in scholarly publishing, the role of the ADS in this context and on how to properly represent all digital products (like data) generated by the research life cycle within the ADS Universe. He is also involved in a number of collaborations, like Asclepias and Astrolabe (together with the AAS), and PHaEDRA (together with the Wolbach library).